The HENRY project in Israel (A-B-C) is led by the Israeli Ministry of Health along with Ashalim, a non-profit association established as a strategic partnership between Joint-Israel (an affiliate of the American Jewish Joint Distribution Committee) and the Government of Israel to plan and develop services for children and youth at risk and their families in Israel.

In 2013 HENRY entered into a franchise agreement with the Israeli Ministry of Health and Ashalim to use the successful HENRY model as the basis for a new national health promotion initiative for 0-3 year olds and their families in Israel.

Following research into suitable programmes, Israeli public health and social service professionals determined that the HENRY approach would be most suited to address the need for an intervention model that combined health and parenting in the first years of life.

Four Israeli professionals from Ashalim and the Ministry of Health came to the UK on a 3 week intensive training visit, during which they learned about HENRY practitioner training and family programmes. Back in Israel, they are working together as the A-B-C team to develop a programme based on the HENRY model, translated into Hebrew and Arabic and adapted to meet the needs and context of the Israeli population and culture.

Ongoing support for HENRY in Israel is being provided by the HENRY team in the UK and by Professor Mary Rudolf. Independent evaluation of the pilot will test the HENRY model in an international context.

Following a year of introductory events facilitated by the Israeli trainers to share the HENRY approach with nursing, mother & child, nutrition and health promotion professionals, five pilot communities were selected for A-B-C’s national roll out. The towns reflect the different regions, the diverse ethnic backgrounds and cultures within the Israeli population. Ten additional communities are slated to join A-B-C in the coming years.

The core HENRY materials have been translated into Hebrew and A-B-C in Israel has been officially launched in all five pilot sites. Nationwide, close to 100 professionals have enthusiastically participated in Core Training courses. For example, in the Southern desert town of Dimona, Core Training was attended by a playgroup facilitator, a day care manager, four public health nurses, a psychologist, two social workers, a community worker from the Black Hebrew community, a religious kindergarten teacher, and two parent group leaders.

Feedback has been hugely positive. The Ministry of Health’s Southern District Head Nurse attended the Dimona Core Training and loved both the content and the quality of the materials. She is now recommending that in the future every public health nurse attend A-B-C training. 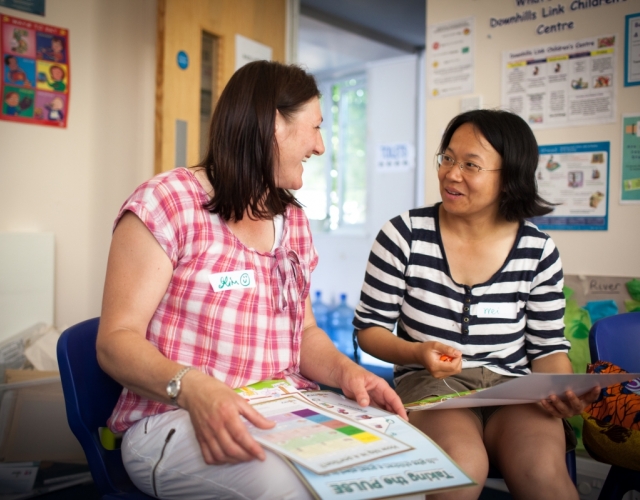 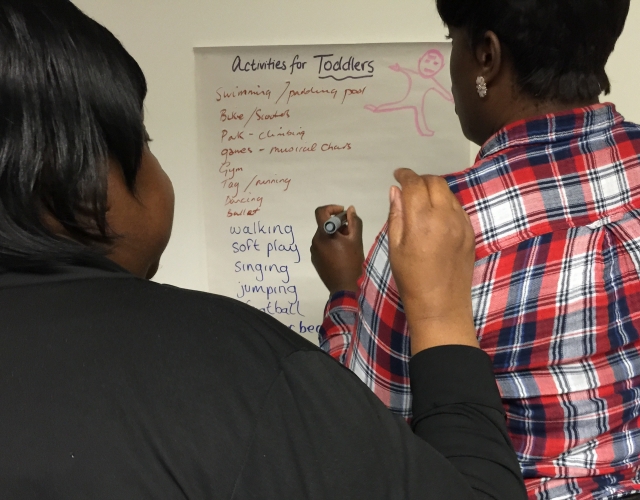 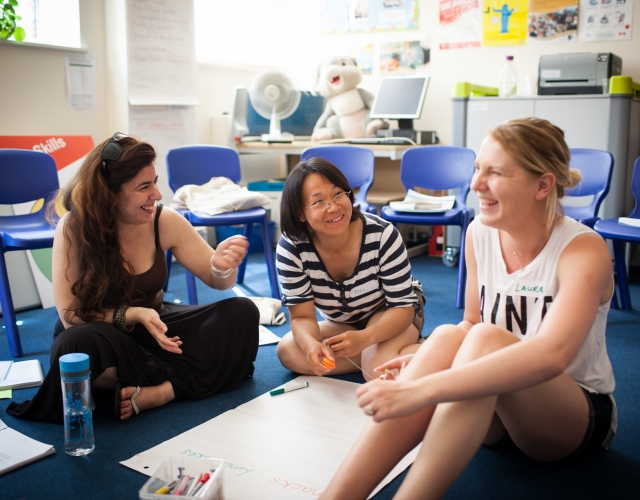 Our evidence-based training for practitioners